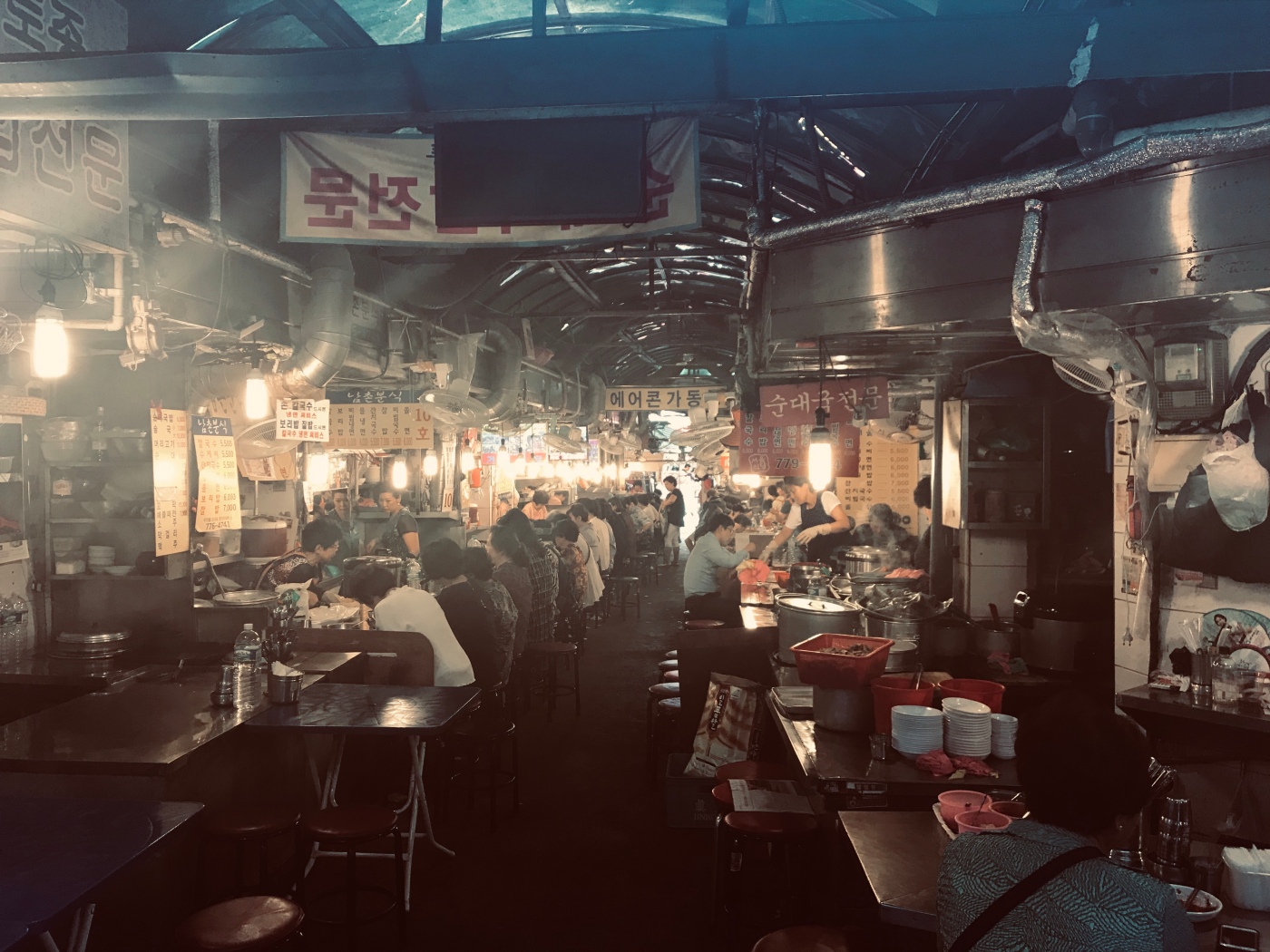 Let’s face the facts unless you’re some linguistic savant; you’re not going to be fluent in the language of every country you visit. It takes time to learn a new language. I have huge respect for anyone that takes on the challenge. I’ve tried and can’t seem to stay focused long enough to get past, “Hi” or “My name is …”. Besides, I still struggle with English.

When we started traveling internationally, we knew that communication was going to be difficult. Rather than let language barriers hold us back, we decided to embrace the challenge. So far this has led to some exciting, fun and memorable experiences.

Will you be uncomfortable?

Will you be intimidated?

Will you be embarrassed?

Will you make a fool of yourself?

Don’t Let Your Insecurity Hold You Back

When we visited South Korea, we decided to stay at an Airbnb. Our apartment was located 45 minutes away from the typical tourist spots and felt like an authentic neighborhood, where people knew each other. We earned a few “double-takes” when we walked down the streets because most travelers don’t venture that far out.

For days, we passed by local restaurants too intimidated to walk in. The smells were enticing, and the foods looked delicious. One particular restaurant stands out the most in my mind.

The seating was half traditional where you can sit on the floor or at a table. Every day around 11, I would watch the same people show up for lunch. The restaurant always looked packed, and everyone that walked out seemed satisfied and happy. I desperately wanted to try it but was scared. You could see the menu from outside and there was no English in site.

After three days of walking by, I finally got up the courage and announced to my husband that today is the day and we are eating here for lunch.

When we walked in, the lovely ladies welcomed us with a smile. I held up two fingers, and we were seated immediately. So far so good. When our waitress arrived, she began speaking to me in Korean. I giggled awkwardly and said, “you choose?” She continued to speak in Korean, and I shyly repeated, “Um, you choose.” The same conversation continued for another four or five rounds. Each time I changed the tone of my response, thinking a happier tone would be more clear. She finally gave in and walked off to the kitchen. I had no clue what just happened and what to expect.

To our surprise, a few minutes later, a piping hot cauldron of fish soup came out. Yay, It worked! We didn’t know what to do or how to eat it and looked around the restaurant and studied the locals around us. We must have seemed crazy. Out of sympathy or frustration, our waitress came over and gestured “EAT” with her hands. Here goes nothing. It was the best fish soup I had ever had IN MY LIFE! The soup was spicy yet savory, the vegetables and fish absorbed all the signature flavors that make Korean cuisine so famous. We polished off every bite as if we hadn’t eaten in days.

Open Yourself Up To The Kindness Of Strangers

When it came time to pay, I signaled for our waitress. I gestured a check mark with my fingers. I thought it was the best way to ask for the check. She gave us a confused look and began to speak to us in Korean. She had no clue what we were saying, and we had no clue what she was saying. You could see that both wanted to understand each other, but had no idea how to do it.

My husband took out his wallet and opened it hoping it would clear the confusion. Immediately our waitress smiled, nodded as a sign of understanding and started to pick out enough bills to cover the meal. We were so caught up in the interaction that we hadn’t noticed the entire restaurant was watching our exchange and erupted into laughter. Honestly, it was one of the funniest things we had ever experienced.

Lean Into Your Discomfort

For the rest of the day, I couldn’t stop thinking about how good that soup was. We had to go back again. This time I was a bit smarter. We found pictures on the outside wall of the restaurant and took a photo of one of the other soups we wanted to try. We returned, and once again they all smiled and greeted us with kindness. Thankfully we got the same waitress, and by this point, we felt much more comfortable with each other. I showed her the photo, and she smiled. Ah, the foreigners are getting smarter.

The soup came out and looked even more delicious than before. My husband wanted a coke and thought since I was the designated translator, it would be best that I ask for it. Perhaps, my English would sound different because it came from one Asian to another?

Our waitress came over, and I said Coke? She spoke rapidly in Korean. We were back at it again. I pulled out my phone desperately searching to find a photo of a Coke. Darn it! No internet connection. She wanted to help us and by this time seemed just as committed to overcoming our language barrier as we were. She scurried away to ask someone else if they knew what we were saying. My husband saw a few cans of Coke in the fridge against the wall. He got up to point to it, and she ran after him and slapped her hand to her head.

At this point, we had created a scene, and yet again the whole restaurant was looking at us. I finally found a photo of Coke in the 2,000+ images we had been taking during our travels and held it up triumphantly. She looked at me bewildered and proceeded to give me my first lesson in Korean. “Oh, No, COLA, COLA.” It’s not Coke; it’s Cola. For the 2nd time, the entire restaurant erupted in laughter. We were the hit for sure!

That day I learned not to let my insecurities hold me back. For my awkward travelers out there, here are a few helpful tips to make your life a little easier.

1.) Learn a few common words and phrases to get you by for simple interactions.
2.) Take photos of certain things in the event you need to show someone for assistance.
3.) If you have Internet Connection – use Google Translate – lifesaver.
4.) Look into Apps that will translate images into English. There’s a lot out there.
5.) If all else fails, point, smile, and hope for the best.

Traveling Makes You A Better Person

I view things differently now. You don’t have to speak the same language to communicate with other people. After being in so many situations like the one above, I’ll always lend a helping hand to anyone struggling because of a language barrier. We could all use a helping hand once in a while.

Hope you enjoyed this post and would love to hear your language barrier stories in the comments below. What is your most embarrassing story? How do you overcome language barriers?